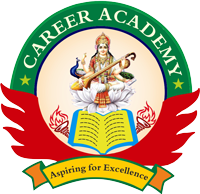 We feel honored that we achieved this position in a very short period of our establishment. Career Academy School was one of the five school nominated by Himachal Pradesh Board of School Education. 100 Schools from all over India were selected in the first round of Summit. Later on 21st May 2013 top 35 school were called to give presentation at New Delhi, After which Career Academy Senior Secondary School bagged the Second prize in Excellence in STEM Education Category, where STEM is termed for Science-Technology-Engineering-Maths.